From 24th to 5th
20 years of racing grace
All hail Der Schumi! 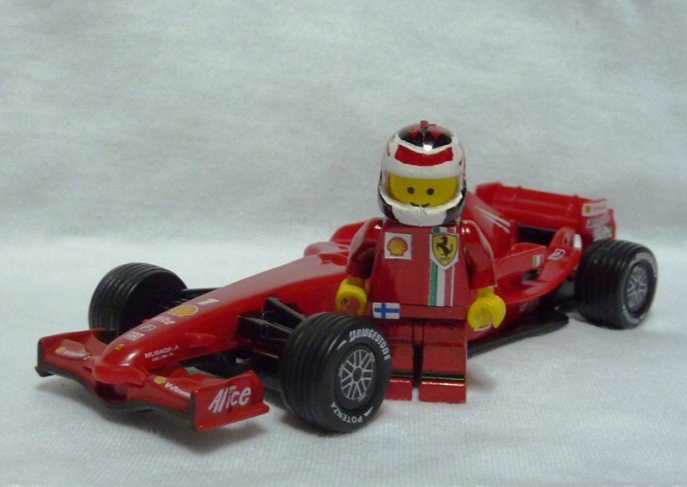 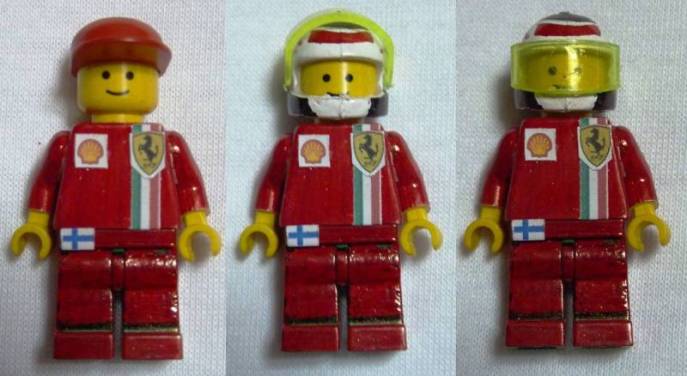 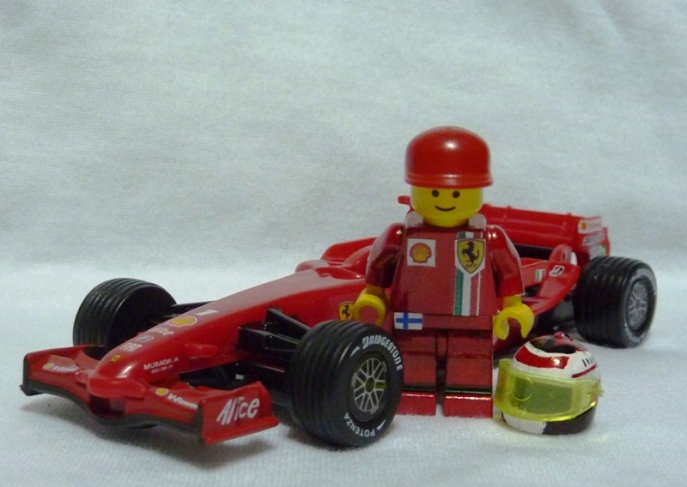 For the full story on this project, please view the post on my Architecture + Design + Arts & Crafts Blog here: How To Make Your Own Lego Kimi Raikkonen.

Two seasons have passed,
But the memories remain
Spa is not the same.

Despite the infamy of the two clubs’ tribal rivalry, I do not share the “hatred” of some factions of Liverpool FC fans for Manchester United. The reason? Simply put, I’ve shared too many unforgettable memories with a Manchester United fan.

Sometimes, we just meet a certain person who touches our lives in ways we cannot fully explain.

I shall call this person PB. We met in university, and we immediately bonded over countless things, football being one of them. PB’s a David Beckham fan, and I, am a Michael Owen fan.

We were both on the same wavelength that we just completely overlooked the fact that we support rival clubs. Actually, it was PB who once jokingly predicted that Owen will make a future move to Old Trafford to play alongside Beckham (well, the 1st bit came true in 2009, but the 2nd bit came true in 2004 for Real Madrid).

During the time our cable operator pulled out ESPN Asia and Star Sports from the channel lineup without prior notice, PB was the one I first called. I was near hysterics because I could not bear the thought of missing out on the English Premier League, Champions League and La Liga for a whole season. Trying to watch matches through the internet on a dial-up connection was useless beyond belief, and since our houses were more than an hour away from each other, PB would watch nearly all Liverpool matches for me (sometimes even those which are shown during the ungodly hours of the morning) and regularly send me text messages to update me on the match, and most important, what Michael Owen was doing (e.g. “Mikey got a haircut. He looks good! Uuuy! Now Mikey’s got the ball…He’s running towards goal! He got pulled down by an ugly blond guy. Asshole!“).

PB taped Liverpool vs Manchester United “derbies” and gave them to me so I can watch them (They were all labeled Davey vs Mikey–I sometimes wonder if my parents thought those VHS tapes I hid in my bookshelves were porn). PB and I shared countless football-related inside jokes. We’d dream about going to England and sneaking into the players’ hotel rooms. We’d debate for hours on which England shirt was the best-looking (PB loves the “pristine” white 2002 Home shirt, I absolutely adore the red and blue reversible 2002 Away shirt). PB took me to our favorite ice cream parlor to help me drown my sorrows when Michael Owen left Liverpool to go to Real Madrid, she somehow convinced me that “Mikey” would be taken care of because “Davey” was there. In turn, I swallowed my pride and wrote a cheesy letter to David Beckham asking him to send her a signed Man United postcard (And he did!). I bought her 3 pieces of miniature Man United balls at Nike, and told her to learn how to juggle them so she can show off to Becks when we see him in England. PB patiently listened to my rants whenever Liverpool FC (or Real Madrid, in 2005) would make a trek to our Asian neighbors and we’re both too broke to watch them live. PB never ever laughed when Owen got injured, even though I’d oftentimes laughed at Beckham’s silly haircuts/fashion sense. PB never judged me and even covered for me when I’d miss classes because I woke up late/didn’t get any sleep because I watched a football match the night before. When I’d complain about how difficult Calculus/Physics/Engineering Subjects are, she’d tell me to suck it up so we can graduate, work, save up and go to England already to fulfill our dream of being Professional Football Player Stalkers. We got matching replica England shirts and wore them to bed during out-of-town trips to show off our love for the Three Lions. We were beyond thrilled when Beckham was made England Captain and Owen his Vice-Captain. I could go on for hours, seriously, but the bottom line is, with her, nothing about football or anything in life that can ever be remotely tangential to football, is too small or trivial. Football was life.

With that kind of friendship, PB made me believe that anything is possible.

“Unfortunate life circumstances” made us drift apart after 2006, but I will always treasure those years we spent together, almost inseparable, with our shared love of football bonding us.

I still send her football-related text messages every now and then, most recent of which was when Owen renewed his contract with Manchester United (which effectively thwarted my dream of his Anfield return). PB’s reply to my heartbroken rant was so simple, something along the lines of, “Consider that maybe he’s happy where he is now.”

It could also speak of where we both are–we may not be together, and things may not have worked out the way we thought they would, but we’re both happy where we are now.

We may not be as close as we were before, but I still love PB and she’ll always have a special place in my heart. So maybe someday I’ll go to Old Trafford to visit on her behalf (after I go to Anfield, of course), or maybe even go stalk David Beckham somewhere and tell him I have a friend who loyally loves him for as long as I can remember. And above all, no matter what happens, I know I will always be the Owen to her Beckham.

“Sisu means big balls! It’s like saying no matter how many times you fall down you will keep getting up.” – Mikko Hirvonen (pre-WRC Rally Finland 2011)

Either way, thank you very much for that mental image, Mikko.

Post-Supercopa loss to Barcelona with a 5-4 aggregate tally, Mourinho of Real Madrid walks over to Barca’s Assistant Coach Villanova and gives him a poke in the ear/neck.

Was The Special One being a sore loser, or was he just being cheeky (given that he has prior connections with Barca as a staff member)? You decide.

All I can say is that his Evil Genius has somehow found a way to take a piece of the limelight off Barca’s victory. Well played, Sir. Well played.

-Someone who attempts to shamelessly showboat but ends up failing spectacularly.